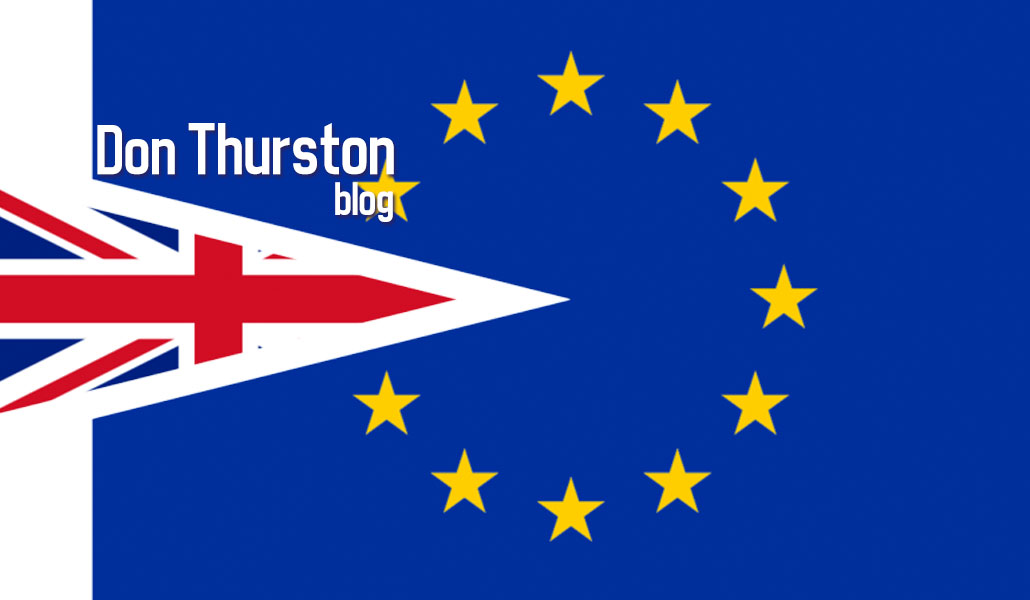 Very soon after the end of World War 2, following fifty years of the most destructive conflict in history, European diplomats from eleven countries assembled. Their mission, not let such an event ever happen again. The five year war caused the death of at least fifty million people, civilians and combatants alike. Carnage was everywhere, entire countries disappeared, economies were destroyed, and atrocities the order of the day. Large tracts of Europe were wastelands; millions were left without a home and a country.

The forerunner of the European Community was authored by visionaries in response to a checkered-half century when civilized countries had plumed the depths of savagery, folly, tyranny, and genocide. No work of science fiction could approximate the devastation.

Most telling, the countries participating in the conclave were the same as the combatants including Germany, France, Luxemburg, Italy, Holland and the United Kingdom. Winston Churchill, said “We are here to cure the European continent of nationalism and war mongering”.

The magnitude of such a social experiment can hardly be imagined. Nothing in world history had such a venture ever been attempted; no blue prints to provide guidance existed; none of the planners had any experience in assembling an organization dedicated to cooperation only months away from trying to wipe each other off the face of the earth. History is strewn with empire building in which nations were added to the pot however reluctantly. This time the process did not involve invasions from without but by mutual agreement.

The path to economic, social, and political unification took many twists and turns.  The inaugural steps were relatively small compared to the big picture. Steel and coal supply were the first steps to cooperation because the rebuilding of the continent was such a formidable task after years of mass destruction. Sharing among the signatories was deemed beneficial to them all; an important first step.

Off to a good start, what followed is a truly a social innovation miracle. Trade was liberalized, citizens of each member country became citizens of the European Union, trade barriers largely eliminated, and wonder of wonders, a common currency adopted. Through the piece new countries joined. A sound governance structure evolved.

Mission accomplished? Not quite. A day seldom goes by without Brexit in the news, some member countries suffering severe finial difficulties, immigration issues are now front and center. Headlines featuring insurrections of many kinds are ubiquitous. Layer upon layer of bureaucracy draw criticism. Talk of a complete collapse receives knowing nods of agreement.

Before condemnation, take stock of what has happened. In a period of seventy years ruins have disappeared, economies restored, political structures stabilized, wars eliminated, disputes settled by negotiations, trade liberalized, infrastructure funding available to new enrollees-truly social innovation at its best. Historically the Union came to pass because far sighted statesmen wanted to rid the world of the horrendous consequence of settling disputes with the gun rather than the pen.

Cheer on the leaders maintaining this visioning.

Birds of a Feather
Scroll to top