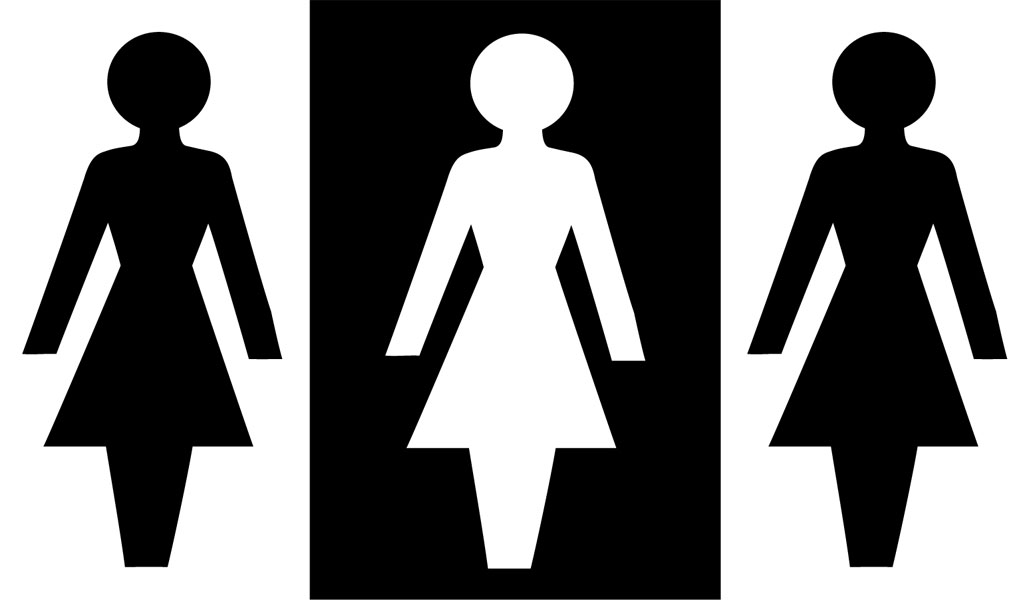 At a recent opening of the renovated Museum of Human History Goldie Locks, Little Red Hiding and Stella met for the first time. All three share a common dedication to human rights and a bond quickly formed. Conversation turned to issues of inequality in many forms, particularly gender.

Red related events surrounding a visit to her ailing Grandmother. She immediately discerned that something was very wrong….the person in bed was not her Grandmother but a badly disguised wolf. Red decided to let the visit playout to determine what happened to her after which she would deal with the wolf. Suddenly a woodsman appeared on the scene and dispatched the wolf. The tale to this day awards the woodsman for his bravery, ignoring Red’s fortitude and kindness. The fate of the Grandmother remains a matter of conjecture.

Goldie was equally discouraged by an encounter with The Three Bears. She arrived at their unoccupied home tired, hungry and cold. Hunger drove her to eat a small bowl of delicious porridge and soon after fell into a deep slumber on the smallest of three beds. Alas the occupants arrived home and with a great clamor chased her out the window yelling insults, intimating a lack of fortitude and character.

Stella recalls a romance that ended badly. Her suitor was a prince. Under the direction of his mother and Queen of the Realm, Stella was selected on the basis of her successfully detecting a pea six mattresses down while she slept. This was way too much for her to accept the screening protocol. It was demeaning, frivolous and insulting.

Their mutual abhorrence of diversity and gender discrimination soon coalesced into an action plan including research, advocacy, legal avenues, and a communication’s strategies. Stella occupied the research chair, the results of which took her by surprise.

A literature search revealed a nasty tendency in stories of placing damsels in stress, in prescribed roles, and in situations requiring male intervention. Gender equality and diversity were not high on the list.

One widely documented event was the interaction among Snow White and the Seven Dwarfs. The saga has many moving parts, skewed to her reliance on third party rescues. One example ….the Dwarfs took her into their home where she is assigned to chores while they march off to work. Snow White could have been included singing hi ho, hi ho, off to work we go.

The adventures of Cinderella is similar. She is disadvantaged in a household dominated by the mother of two sisters and decidedly unhappy as a result. Once again external interventions by a Fairy God Mother and a Prince conspire to lift her out of a nasty environment.

Likely Cinderella was fully capable of doing that herself.

On the other side of the ledger, stories of accomplishment and heroism feature princes, hunters,  explorers, magicians and so on…..all male. Examples include the Pied Piper, Pinocchio, Jack, as in Jack and the Bean Stock, Aladdin, Tom Thumb and The Ginger Bread man.

Extensive review of the “witch file” clearly indicates that witches were deemed to be female, mostly committing unsavory acts of casting spells, invoking pain and suffering, seeking revenge and generally causing mayhem. Where, if any, were the male witches or the equivalent?

So Goldie, Red and Stella realize that the literature of the day did not entertain that gender equality and diversity were included in values of the day. Their personal experiences reinforced this conclusion.

Conversation turned to change…..how to dub down the damsel in distress syndrome? They considered protest marches, lobbying authors and publishers, government intervention and censorship. They decided that first and foremost to draw public attention to heroines who demonstrated the capabilities and activities not inhibited by gender stereotyping.

Stella is of the view that Gretel of Hansel and Gretel fame demonstrated great fortitude when she cunningly eliminated the witch. This was a particularly nasty witch intent upon having Gretel fattening Hansel, broiling him in the oven and then eating him. A timid Gretel could well have given up. Not so as she created a ruse and locked the witch in the oven. A favorable outcome…. the cabin built with candy and cake burned to the ground, riding the neighborhood of a very evil threat.  Brother and sister both escaped, returned to their house in the woods and prospered, rejoicing because of Gretel’s new found ability to conquer adversity.

Goldie is justifiably in praise of Alice as in Alice in

Wonderland.  She was adventuresome, forthright and inquisitive. Her journeys were daring, complex and challenging. At the same time, Alice gained respect and friendship from all and sundry.

Red could hardly contain herself in describing Dorothy’s leadership.  Because of an unfortunate encounter with a tornado she awoke to find herself a long distance from home with no information about how to get back.  Her exploits are legendary as Dorothy executed a successful return to Kansas. Along the way she befriended the Straw man, the Cowardly Lion and the Tim Man, providing them with hopes and senses of purpose. Her courages elimination of the Wicked Witch of the West rid The Wizard’s Kingdom of a constant threat. Perhaps Heroines have a propensity to have it in for witches.

Every set back was greeted with “We are off to see the Wizard…the wonderful wizard of Oz” as a testimony to her tenacity. Finally Dorothy disclosed the chicanery of the Wizard, much to his relief. Pay no attention to the man behind the curtain were his final words as he to fled from the Kingdom.

Red, Stella and Goldie alerted the world that the absence of gender diversification and equality were undemocratic, wasteful and disingenuous.

Their publication…. Out With Witches, In With Equality became a best seller.