You are here: Home / Don Thurston Blog / Musings / Sermon From The Mound… Not The Mount 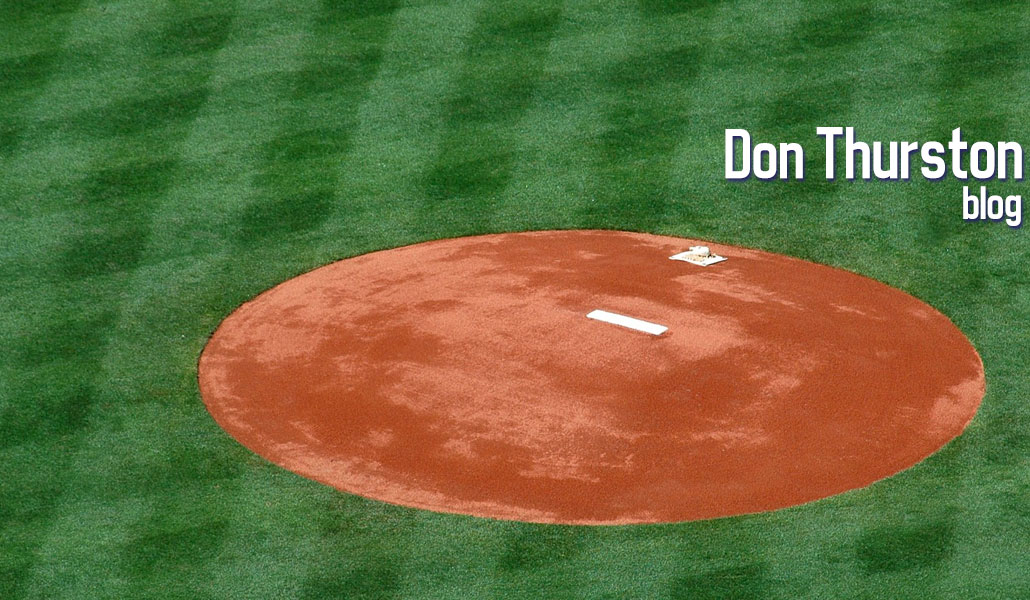 Sermon From The Mound… Not The Mount

Examples abound. The Magna Carta is one that continues to define legal systems across the world notwithstanding a timeline of many centuries. A translation from Latin ‘’ The Great Charter of Freedom” was an early attempt to diminish arbitrary activities imposed by the power brokers of the day. Certainly a brave initiative that suffered many setbacks, eventually maturing into practices that now define many aspects of daily life.

An equally profound societal change is the abolishment of slavery.  An activity of convenience, greed and exploitation, European countries employed slavery as part of their invasions into the New World. Eventually factions in England started a movement to rid the world of the practice. The time line was once again very long, tortuous enough to spark the American Civil War.

Universal suffrage remains a work in process as significant progress is the reward for efforts by many activists. Barriers to voting included gender, religion, wealth, knowledge, race, age, nationalism, and function. Some remain depending on the specific jurisdictions. In common with like movements, the path to universal suffrage has been a process of overcoming barriers of every nature imaginable, very long durations all accompanied by hardships, push backs and objections of a violent nature.

On a bigger stage peaceful coexistence among citizens, while not the norm, is certainly less violent now than in earlier times. Quoting Steven Pinker, renowned Harvard Professor of Psychology “The ceaseless news about war, crime and terrorism, violence has actually been in decline over long stretches of history”.

Substantive examples of major cultural shifts include the abolition of capital punishment, termination of pregnancies on a personal level and use of solitary confinement.

All of these examples have aspects in common.  They were initiated by individuals or small groups, they had a very long gestation period, remain works in progress and are fragile.

Systemic racism is now taking center stage which brings The Sermon from the Mound into focus.

The sermon is based on a real life story that happened on a pitcher’s mound. An oft repeated incident starts with the visit of the manager to the pitcher’s mound. He arrives for a conversation. In short order the group grew to include the catcher, the third baseman, the first baseman, a translator and an umpire. The pitcher was Japanese, speaking only his native language and required a translator, the third baseman was Latino, speaking Spanish and English, the first baseman was Latino speaking only Spanish, the manager was a Caucasian speaking only English and the umpire was an African American, also exclusively an English speaker. All the participants were there to gain an understanding of the issues, to contribute to a solution and to come away with positive attitudes suitable to the enhancement of a team spirit and to the betterment of the game as well. Success was at hand as the group dispersed demonstrating geniality and determination.

All the participant’s opinions were valued, they were included and knew they belonged

The very nature of racism is based on a false premise….. Conceived as a rationale by those in power to justify domination over differing peoples. Pseudo-science evolved, now disproven. Social change is the lagging parameter, hopefully hastened by events such that on a pitcher’s mound

The Vanilla Paradox
Scroll to top