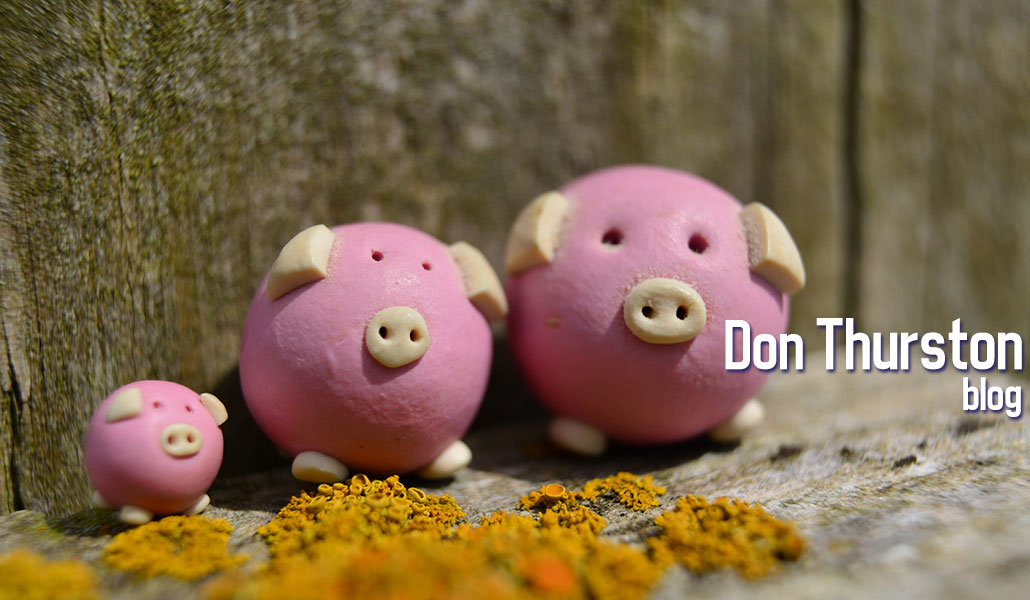 These are stressful times for the Three Pigs

After successfully eluding the Big Bad Wolf, they settled into their new brick house, enjoying safety, comfort and companionship.

The Big Bad Wolf, also known as Zeke Midas Wolf, recovered from the trauma of his ill-advised journey down the chimney into the boiling water. He no longer poses a threat, having converted to a vegan, located to a country home and started a cannabis enterprise.

Over the years the Brick Pig’s household expanded

Straw Pig married and she had two piglets.

Stick Pig came out of the closet. He is currently single

Straw Pig’s Father In-law moved into an already crowded household following the untimely morphing of his wife into bacon.

Relationships are less and less congenial…. not surprising considering overcrowding and contrasts in life styles. After lengthy conversations agreement was reached that new housing arrangements were required.

Brick Pig and family want to remain in the house after extensive renovations…..everyone agrees that the place is a pigsty. The renovations will include a secondary suite to accommodate Stick Pig.

Straw Pig plans on either building a new home in one of the outlying suburbs or purchasing a condominium in the inner city.   A senior’s residence, a lane way home or an assisted living residence are the choices for Straw Pig’s Father In-law.

Brick Pig’s oldest daughter and her partner are planning a startup home, looking for an affordable condo close to rapid transit.

Wisely the Pigs googled housing experts and to their astonishment found Zakary Midas Wolf, a cousin of Zeke. He is an expert real-estate developer, specializing in high end wolf dens.

Zakary sat down with the Pig families for a conversation. The housing industry is an important component of all economies, so much so that housing starts are followed closely as a business indicator. The industry’s’ impact reverberates throughout, influencing employment, building materials associated appliances and furnishings. Adding to the municipal tax role is an asset. Community vibrancy is welcomed, indicating a good place to live.

Home ownership has major societal effects. Behavioural scientists see it as a safe place; economists see it as a proxy for economic health; bankers see it as mortgages; politicians see it as tool for implementing influential policies; owners see it as their most significant financial commitment with major tax benefits and a place to grow roots, builders see it as a worthwhile enterprise, existing home owners see it as impinging on their existing life styles, urban planners work hard to devise schemes that satisfy all the players and titles held by non-residents add to the complications.

Zakary introduced affordability into his analysis. A recent publication specific to the areas in which the Pigs are considering demonstrates how housing prices have increased relative to the incomes of the buyers. For decades past the ratio of total family income to home values fluctuated slightly around three….presently this is now six. By this measure the risk has doubled.

Further, types of residential choices are expanding. Historically single family homes and apartment rentals were the norm. Now condos of all sizes and descriptions, infills, secondary suites, laneways and seniors residences are available.

Brick Pig is taking a revised housing journey, deciding to convert his brick house into an Airbnb and will recruit his brother, Stick Pig, as the manager

Straw Pig, his immediate family and father in law, have bought a rural property some distance away, in an area where they can afford owners ship, grow a market garden, and attach a facility for his father in law.

Brick Pig’s daughter and son in law will rent in a newly developed rental friendly complex in close proximity to public transport.

Brick Pig opined “the journey from my encounter with THE BIG BAD WOLF when he threatened us with the huff, puff and blow your houses down thing remains a teaching moment. Sticks may break your bones, straw is good for a manger; bricks are good for ice cream and house building”.