You are here: Home / Don Thurston Blog / Musings / Stay The Same Or Move On 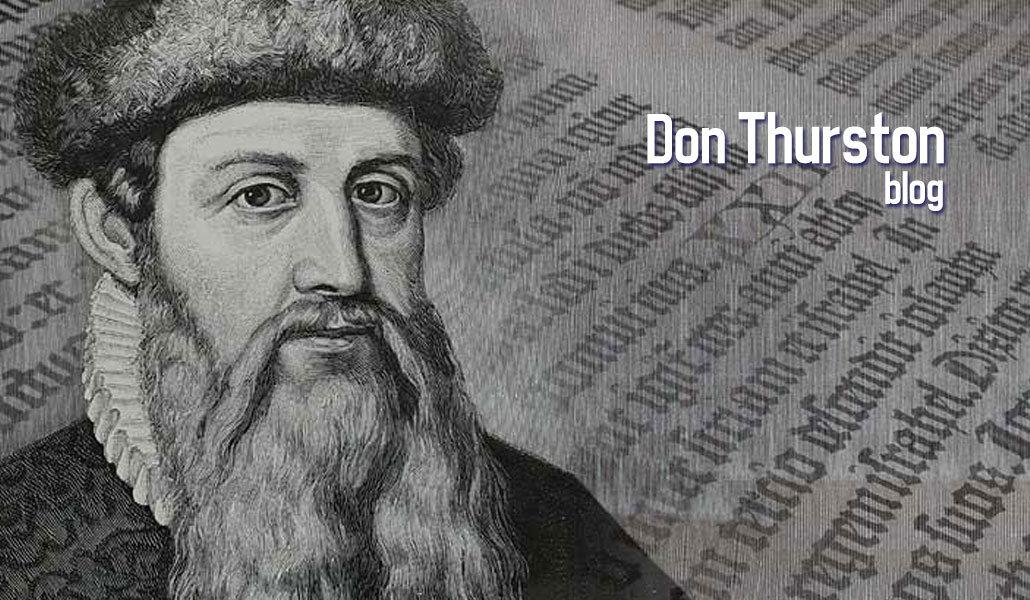 Stay The Same Or Move On

Technology and process innovations are part of human kind’s world. We have no notion what the reaction to the introduction of fire had on the population of the day…..we can imagine it was at least controversial. And so it is today as we navigate through a plethora of different and new ways of living. Some are profound such as the creation of the internal combustion, some not so much such as the invention of Velcro. They all have in common reactions that are either negative or positive…very few, if any, are greeted with a ho-hum. What we know is that there are commonalities in the process regardless of the innovations.

As Albert A. Bartlett, professor of physics at the University of Colorado (Boulder) aptly put it, “The greatest shortcoming of the human race is our inability to understand the exponential function.” I hope future policymakers will pay greater attention to the disjuncture between rapid technological innovation and the slow pace of institutional adjustment. A better understanding of this complex phenomenon will help bring clarity to the tensions between innovations and incumbency.

Cultural history around the world has shown that beings aspire to more than basic existence. We need challenge, we need meaning, we need purpose, when technology separates us from these things it brings a type of death. But when it enhances these it affirms life. It affirms our humanness. It is this affirmation of the human spirit of adventure, purpose, continuous improvement and mastery that will define the champions of human well-being.

There is a clear division between innovation and society’s willingness and ability to change. The barriers are ubiquitous, powerful and long lasting.

Fear of the unknown, losing a livelihood, loss of power, capital depreciation, loss of self-respect, cultural dependency, economic reliance on the existing technology, vested interests, capital limitations, and doubting the viability of the replacing methods or practices are some of the issues facing most innovations. One of the most influential is reputational reduction when moving from a much admired field of activity to one eroded by outcomes

There is no shortage of examples, many oft repeated. The Gutenberg Printing Press… the first method for wide distribution of information; the Steam Engine… the first significant way of delivering mechanized work; the Telegraph… communicating by wire; Electricity… energy by wire; The Internal Combustion Engine… transportation on demand; The Vacuum Ray Tube… visual communication by wire; The Semi-Conductor… vastly more powerful than vacuum tubes… and so on.

Innovations take different forms. For instance… Galileo is credited with the first magnifying instrument applied to astronomy. The telescope opened the window to understanding space. It did not enhance or replace any existing technology nor eliminate any jobs.

Tobacco use was assailed by health professionals, leading to a decline in cigarette consumption. An entire industry including growers producers and advertising agencies suffered accordingly.

With the introduction of electricity, lamplighters became extinct.

Mechanization of agriculture significantly altered all facets of the industry

Galileo was greeted with a barrier erected by the very powerful church of the day. Ultimately he was placed under house arrest because his invention helped to establish that planet earth was not the center of the universe… an essential ingredient of the religious dogma of the day. In this case science was over taken by an influential institution facing diminution of its control over the social practices of the day.

Mechanization of cotton processing generated several consequences. On the positive side productivity increased many fold; while at the same thousands of skilled artisans lost their purpose. A negative response was the “Luddite Movement” which was a violent and destructive force around the world as protesters destroyed the offending machinery which replaced them. A much repeated positive observation…..the benefit was the evolution of talented workers necessary to build and maintain the modern equipment. True, except that these workers were part of the next generation; the discarded labor force did not participate and suffered the consequences of not severe unemployment.

Cigarette usage is an example of a shrinking market as knowledge of the deleterious health effects became clear. Effected parties responded in similar fashions to the innovators. Corporations and Industry Associations cried foul, claiming there was no technical evidence of smoking and ill health… the correlation was only statistical. Businesses would suffer, workers would lose employment, taxation revenue would decline, tobacco farmers would disappear and consumers would be denied personal choice. A very persuasive tobacco lobby worked effectively to at least interfere with the decline rate. As in the evolution of innovations the process is agonizingly slow… smoking and chewing products remain easily available and the industry continues to be profitable.

Pity the poor lamplighters whose livelihood was eroded when manufactured gas was replaced by electricity as an energy source. Predictably disruptions raced through the streets as the fraternity of lamplighters disappeared. The tradition was an important part of a city’s culture… stories and songs immortalize the process to this day. The coal industry did not suffer because the coal gas market was replaced by power generation. This is noteworthy as technological breakthroughs frequently result in immediate hardships… the benefits take a much longer time to emerge. An established industry benefited, welcoming the expanding use of coal.

Mechanization of the agricultural industries was a real game changer… a process that continues apace to this day. Once inventors of the day grasped that the internal combustion engine could be grafted onto all manner of equipment previously powered by draft animals, there was no stopping them. Highlights were the tractor, the truck, the binder and the thrasher. Rural electrification revolutionized family farms everywhere. Horse assisted agricultural activities disappeared. Not the first, but certainly pronounced, was the impact of government involvement to significantly grow a major domestic industry. During the depression of the nineteen thirties, President Roosevelts New Deal sponsored electrification projects throughout the United States which were a boom to rural communities. Now the full force of government policies including subsidies became a business and economic component. Farming was no longer a lifestyle but a major industry. With the transformation came subsidies, productivity increases, transportation systems and market protection measures.

Now we are looking down the barrel of the electric vehicle revolution. This is different than many innovations because the possibility to switch from the internal combustion engine to an electric motor has been a possibility extending over more than one hundred years. Now batteries are lowering the storage and energy delivery barriers. Again governments are major players in business and economic transitions authoring policies aimed at facilitating energy efficiencies including grants, loans and subsidies. The combatants, as one would expect, are offering counter arguments.

Changes are forever greeted by an abundance of responses. Some are positive and some are negative. In each case the specific events are different… the topics are the same.

Galileo was subject to overpowering religious persecution sufficient to stop his innovation in its tracks. Today a comparative blockade is exemplified by those opposed to proven medical intervention based on faith based opposition.

Efficiency and productivity improvements are resisted by those losing jobs. Society is not well equipped to smooth the process in spite of example after example. What will self-driving trucks do to the eighty million truck drivers?

Tobacco producers although not the first, are what a well-organized industry can accomplish in resisting an erosion of their prosperity.

Lamplighters lost their reason for existence as a new technology took over. A very well-known phenomena now. Their power was somewhat limited and was negated by the very influential coal industry. One can speculate on the outcome if the coal suppliers suffered as well.

Mechanization of agriculture was, and remains, the mother of all technological shifts. Productivity is the clearest metric as food supply went up and labor input declined. Not the first time for government policies to play a major role but the most pronounced. Governments around the world implemented measures to ensure a robust domestic industry. Subsidies give evidence and continue to be part of politically based policies everywhere

Electrification is one component of the issues facing the fossil fuel industry. Cars and trucks are at the forefront and very much in the public eye. Government policies, including subsidies, are very much involved. Expanding the energy universe, conflicting views surface as interested parties dispute the extent to which the each other is using resources to feather their own nests.

Any kind of change will generate similar responses. Harking back to the evolution of an electrifying world, the battery powered electric vehicle is a good example of energy generation, transmission, and use that are now evolving globally.

Give It A Try

Evolving technologies and processes are altering how protein is consumed. Some diners are eliminating meat consumption altogether; others are in the substitution mode, consuming “meats” produced entirely from a variety of vegetables. The vegetarian route is not new, the substitution route is. So dear reader, your mission, if you should decide to accept it, is to map out the impending controversies that will intensify as the trend becomes more popular.