You are here: Home / Don Thurston Blog / Industry Insights / If not a pound of flesh, then what? 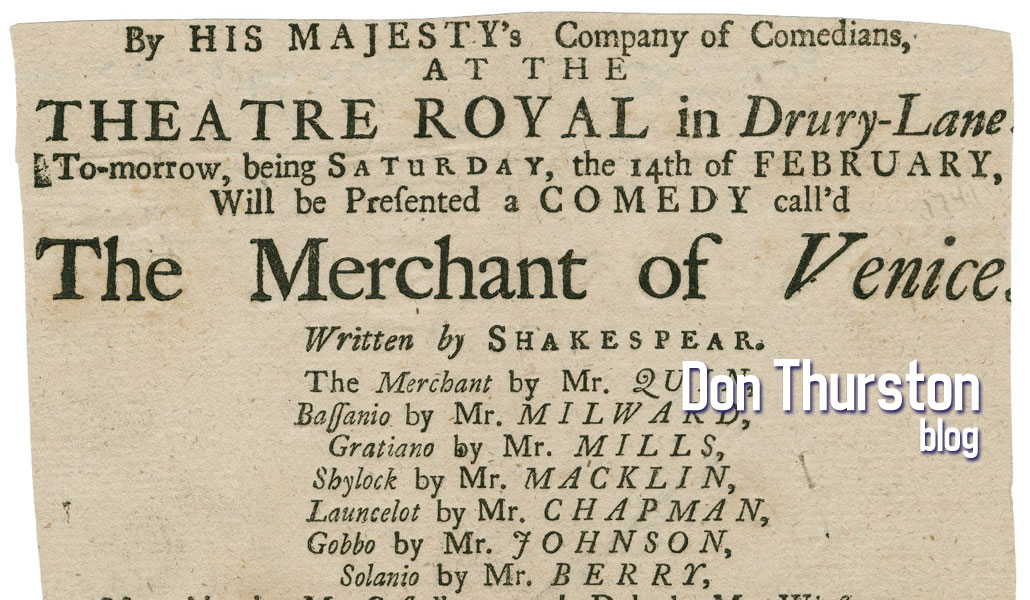 If not a pound of flesh, then what?

Shylock certainly raised the interest rate bar; in the event of default the borrower contracted to pay a pound of his flesh from a location chosen by Shylock. This money-lender has long been a synonym for the seedier side of debt transactions, including security and interest charges. Some cultures eschew interest charges altogether, while some have no qualms charging rates beyond the pale.

Debt and the associated costs have long been a part of the commercial world. Think of the issues over the centuries: debtor’s prison when default was punishable by incarceration; neither a borrower or lender be; if you default on a small debt, that is your problem, if you default on a large debt , that is the lender’s problem; it is amazing how fast later comes when you borrow to buy now; before borrowing from a friend, decide which you need most.

The most contentious issue surrounding lending is the cost of money levied on the borrower. Many criminal codes define what is deemed to be excessive as usurious. From a criminality point of view, little has been accomplished except wrangling. Terms and conditions are almost always complicated, contracts are very difficult to understand and enforcement absent only in extreme situations.

There is a social component to lending and attaching hefty costs. Vulnerability is the issue for some of those who need to finance . They are often ill equipped to deal with the consequences’. A lethal combination of a lack of understanding, a shortage of assets and no transparency will lead to unwise borrowing. Agencies rush in to take advantage, charging what many consider unserious rates. Nothing illegal but certainly onerous.

Recognizing that bridge financing is essential,  loans are now available at rates and conditions that beat the competition, give the borrower a fair and reasoned alternative, are totally transparent, are convenient and are profitable for the lender. Who in their right mind could find fault with this concept?

No doubt there is a much-needed service between conventional lending and that offered by agencies employing low security high cost strategies. Now two pioneering agencies have joined forces and created Cash Crunch. Look them up on the web at Momentum, Cash Crunch and First City Financial, Cash Crunch.

Shylock would be gobsmacked and out of business.