Energy generation has an interesting and telling history; interesting because of a twisted path, telling because within this history are the reasons for today’s issues.

For example waxy materials used for lighting were odoriferous and toxic. As scribes laboroued over their parchment, products of combustion contaminated their surroundings. The Inuit knew a better way: whale and seal oil worked very well in enclosed settings, supplying ample heat and light to meet their uncomplicated needs. There is no evidence that Martin Frobisher transferred this technology to Europe after exploring Eastern Baffin Island. Nevertheless Europeans adopted whale oil holous bolas as a major source of light.  This was bad news for whales.  Centuries of harvesting diminished the population almost to extinction in oceans everywhere.

During the middle of the eighteen hundreds petroleum began a long and storied journey.  A primitive distillation process yielded a low volatility product suitable for lighting-kerosene, soon to be a substitute for whale oil. Harvesting whales was becoming more and more problematic as supply diminished. Coincidentally the United States Government of the day needed more and more resources to finance the Civil War. What better source than taxing whale oil?  Prices rose, both for oil and in sympathy, kerosene; perhaps the first but not the last government intervention to benefit the fossil fuel industries.

Coal was and remains a major energy player, reaching domination by fueling the industrial revolution. Included were heating ferrous ores for iron and steel metal production, generating steam for engines and lighting systems by  the production of coal gas, piped under cities to homes and street lights.

Engines, both internal combustion and electrical soon emerged, along with the electric generator. The exploitation of a much- improved steam engine evolved earlier, forever a testimony  to Watt’s creativity. Paradoxically the full potential of these inventions coalesced in the same era, all after many decades of development. Diesel, Tesla, Westinghouse, and Siemens are household names as a result.  In the blink of an eye manual labor and horses became much less important.

Returning to petroleum; producing kerosene generated a more volatile concoction and with further modification morphed into gasoline. At that time this by product was dangerous and likely not much more than a nuisance. Fortunately the internal combustion engine was lurking on the inventor’s desk. This and Henry Ford’s determination started what we now know as the most -friendly innovation of all time.

Meanwhile lighting innovations of another kind were underway as the incandescent bulb emerged and Thomas Edison extend ending his long creative history.  Lighting was a fraction of the impact of energy generation from the coal-boiler-steam-electric generator-electric motor quintet.

So the stage was set; in very short order we have a huge uptake of coal, oil and natural gas powering internal combustion engines, electric motors, and turbines and heating systems. These now combine to do a great deal of the worlds work and provide most of the lighting to watch them perform.

While fossil fuel producers occupy the same energy space there is fierce competition among the thousands of oil, natural gas and coal companies all the way from exploration, exploitation, refining, transportation and marketing. Consumers have benefited accordingly.

The business has done a marvelous job of fueling economic growth of gargantuan proportions to such an extent that alternate sources have great difficulty in gaining a foothold.  Convenience, supply, efficiency, quality and cost have combined to do a wonderful task.  Alternates are hydro and nuclear.  Hydro needs elevation changes and water supply combined; virtues not all that common throughout the world. Nuclear has significant barriers to entry, some financial some technical and others social.

Many aspects have not changed over one hundred years. Consumers still fill up at gasoline pumps, coal is still  shipped over long distances before  introduction  into boilers, and we pipe natural gas into furnaces. We still harvest and ship the stuff, albeit in much more efficient ways and then break the carbon-hydrogen bond at generating stations and in internal combustion engines. By comparison, witness the lack of innovation as opposed to the way we communicate. The latter has gone from drums, smoke and flags to digital signals allowing worldwide connectivity…cheaply.

Industrial processes everywhere prosper, in part by using the planet as a convenient disposal medium. Rivers, oceans and land have been low cost receptors from the start. Now we are discovering that these habits include employing the atmosphere as an air- borne effluent collector is at the very least, a questionable practice, at the very worst, fatal. Compounding the problem, gaseous products tend to stay around for very long periods of time as well and disperse very slowly.

Awareness of the amount of man-made substances entering the water systems and solids in the ground has precipitated many disputes. As to gaseous materials in the atmosphere, consternation is the order of the day. The consequences are widely debated, made difficult by the systems under study. They are effected by many variables, other than those resulting from human involvement.  Under these circumstances the possibility of absolute determination remains out of reach. As a minimum we know that land- based eco-systems have been severely influenced by solid and liquid by products ; extending this to air born goop into  the atmosphere is not much of a stretch.

Energy is fundamental to economic development. Aiding and abetting the fossil fuel industry is one tool for promoting industrial  development. The Tennessee Valley Authority was created during the 1930s depression years to stimulate a flagging economy. Governments supported all manner of projects, many of them for power generation. Equipment suppliers benefited hugely as did power consumers. The Interstate Highway System project was a direct result of highway building in the United States to provide much needed transportation and hence aid industrial growth. Auto manufacturers were strong advocates; the oil and gas producers were beneficiaries. Electrification  in rural areas throughout North America, supported by government funding,  was a boon to the agricultural industry and of course  to the fossil fuel industry

No tale of science fiction could do justice to the past twelve decades of industrialization fueled by carbon- based energy  Tales of energy are ubiquitous because most plane Earth residents are up front and personal with related issues on a daily basis. Calling upon simple solutions  to solve  hugely-complex problems begs the question.  The question before the house is more properly”How can, if ever, one or more  energy -supply systems emerge that will compete head to head with the fossil fuel  based systems now in place”?

Among many systems, electrification is attracting major investment dollars. Every part  from generation, to transmission, to storage, to application are under-going change. Outcomes of lower cost, increased efficiencies, convenience, and expanded access are reasonable expectations.

Stand by as the next chapters unfold in this saga. Approaching is a world when  consumers will have choices about the types and sources of energy to suit their needs.

While analogies have limitations, imagine a world of a single transportation system, say the automobile…no trains, no planes, no buses, no rapid transit, no motorcycles, no bicycles, no skate boards, and so on and so forth. Worse, we would not have the joy of watching John Candy and Steve Martin careen their way through Trains, Planes and Automobiles. 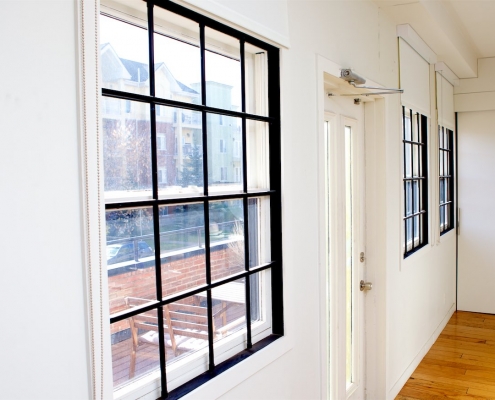 View from the Street
Scroll to top